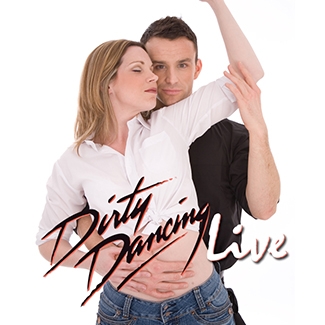 You'll have the time of your life with this fantastic tribute to Dirty Dancing as their very own Johnny and Baby re-live the greatest moments from the film. This fantastic show has just the right mix of high energy routines, audience participation and great live vocals! They’ll invite you all onto the dance floor to teach you some of those famous dance moves so you can pony along with the Love Man or try out some of your own - dirty dancing style! So whether you want to sing along to Hungry Eyes and She’s Like the Wind or do the ‘mash potato’ in Do You Love Me there’s something for everyone. All watermelons are welcome but definitely no spaghetti arms!

The stars of Dirty Dancing Live have been performing together for over a decade. They are no strangers to the world of entertainment, this highly trained, professional team have worked with some of the UK's top function bands, performed in numerous West End Musicals including Mamma Mia, Cats, Les Misérables, Fame, Grease, Evita, Oliver, Billy Elliot and Blood Brothers. The team have also performed on major cruise lines such as Royal Caribbean, Celebrity, Holland America, Fred Olson, P & O, Carnival and Princess. In addition, they have appeared in TV shows, films, commercials and their voices can often be heard on TV and radio adverts as well as performing backing vocals for well-known recording artists & bands. The team have quite a CV!

Show Line-up: available as a duo to professionally recorded backing. Additional male and female dancers can also be booked with this act.

If more than 1 set is required it can be combined with 'Rock N Romance' for a Double header show. It’s a tribute-tastic movie double date!

See listing for their other shows

Lets Go To The Movies